Last month depressionistheenemy was very kind to nominate me for the Versatile Blogger award. I am grateful for this nomination, and I thank him for it. That is one of the four rules for accepting this blog, but my thanks are sincere. The other rules require that I share the award on my blog, share seven random facts about myself, and tag ten bloggers with fewer than 1000 followers and let them know they have been nominated.

Seven random facts about myself:

Ten blogs that I want to nominate for this award:

This was hard for me to decide, but I am leaving off those blogs whose authors do not accept such awards, such as Wally Fry, dawnlizjones, and insanitybytes.

With that in mind, I nominate:

I admire all of you for your writing ability and for your perspectives on life. I wanted to say a few things about each of your blogs, but this post was getting too long already. J. 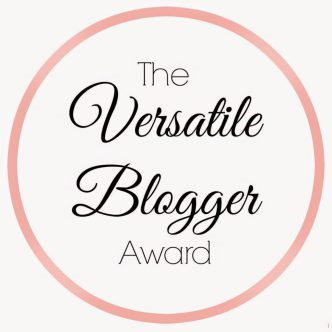